It’s been five days since Jack took his first three steps.
And since then he’s taken approximately seven more.
I don’t want to be impatient, but WTF are you waiting for, Jack? I’ve told everyone you can do it now, and you’re just not performing.
I know, crawling gets you from A to B quickly and efficiently, and it’s a lot more fun chasing the cats on all-fours, but I’ve really been looking forward to watching and laughing at your teeny drunk-old-man totterings for a long time.
Nobody believes that five whole days, 120 hours, 7200 minutes ago you boldly walked across the bathroom to me from your annoying musical zebra without batting an eyelid.
Nobody. Believes. Me.
I know it’s entertaining when you stand for ages and then dive forward in a kamikaze trust exercise, and we all laugh, but seriously, the time for games is over. If I don’t get hard evidence on my phone within the next 48 hours that you’re capable of putting one foot in front of the other I will only be able to assume that I imagined the whole episode.
So come on little man. Step to it. 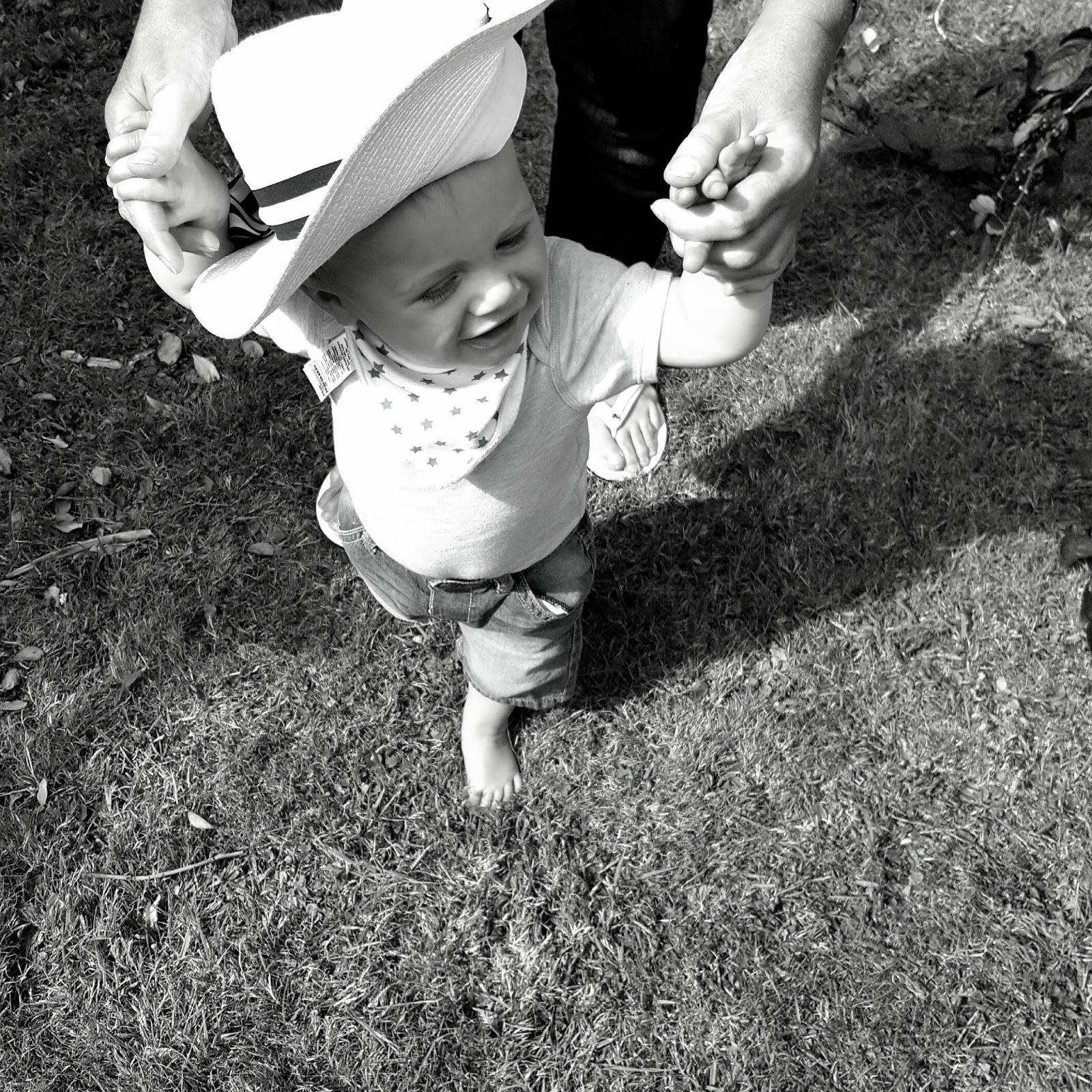