…And it’s worth having another baby for*

*JK obviously, but it is really, really impressive. 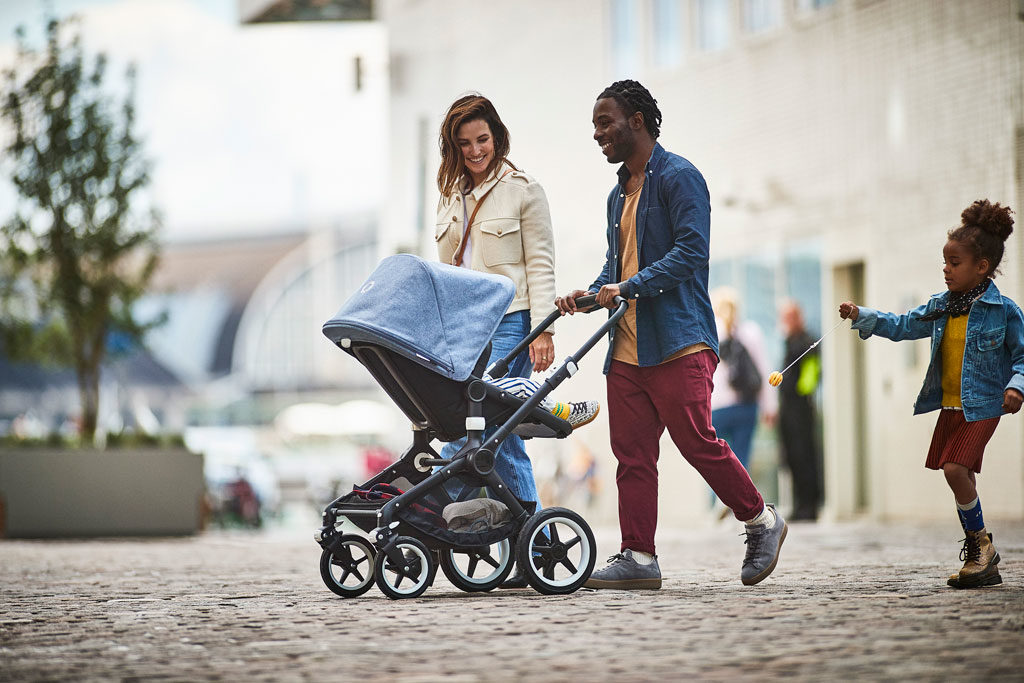 I just popped over to Amsterdam with Bugaboo to meet their latest pushchair, the Fox (so-called, I believe, because it suits both urban and rural environments, being their most adaptable buggy to date). In a chic skate-park somewhere on the outskirts of the city (that Bugaboo calls home), a catwalk of Fox pushchairs were unveiled to the room full of international parenting press (and, ahem, me) by a team of dancers, who managed to successfully collapse and rebuild the buggies in time to the Euro-pop and in unison. Which pretty much sums up how slick their latest model the Bugaboo Fox is.

I’ve written about it for What’s On by Country & Town House (through whom I was invited) HERE – where I wax lyrical about the impressive array of environmental and sustainable initiatives taken throughout the design process. So read that article for the full facts on the new chair. But I wanted to post here to talk a little more about my meeting with Mr Bugaboo.

I wish I’d met Max Barenbrug before I had Jack. I wouldn’t have bought anything but a Bugaboo. (Incidentally, the iCandy Raspberry I had for Jack’s infant years, and on the whole rated highly, had to be replaced twice due to a faulty break. The Chameleon we upgraded to really did feel like a Rolls Royce.)

Obviously, it’s no real surprise that Max sold Bugaboo to me (it’s his company, if he couldn’t manage it, nobody could), rather meeting him convinced me that his is a company focused on making a product that really works, to the very highest standards needed to meet parents’ needs, rather than on making money. (Although its quite good at that, too.) As I mentioned in the What’s On piece, I did ask him if he was a bit mad actively encouraging people to update a second-hand model rather than buying directly from him. But his answer was simple. ‘I don’t care.’

With people wanting more than ever to take a sustainable, eco-friendly approach to parenting wherever possible (my personal New Year’s resolution was to cut down on the amount of plastic waste Jack and I produce), it was imperative that Max and his team put sustainability at the forefront of their new hero model.

‘I want to see everyone using Bugaboo. It should be for everyone,’ he told me. And if you can buy a second-hand model and update it with a new sun canopy or a new handle grip, there’s no reason it shouldn’t be.

I also asked Max how things had changed in the last 20 years he had been doing this.

‘In the early days, we were doing something brand new and exciting, something really unique. And then people copied us. Everywhere. So, this gives us a new challenge. We need to keep refreshing, keep being ahead of the curve.’

Get your hands on the new Bugaboo Fox and you’ll realise it’s mission accomplished. Nobody else has produced a pushchair so sturdy and easily handled, but lightweight and compact. Nobody is making a chair so customisable and eco-driven.

As you can see, I’m sold on Mr Bugaboo and his fantastic new Fox*.

*Yes, I used the Fantastic Mr Fox pun in both pieces, I don’t work at the Sun, give me a break for Fox sake.