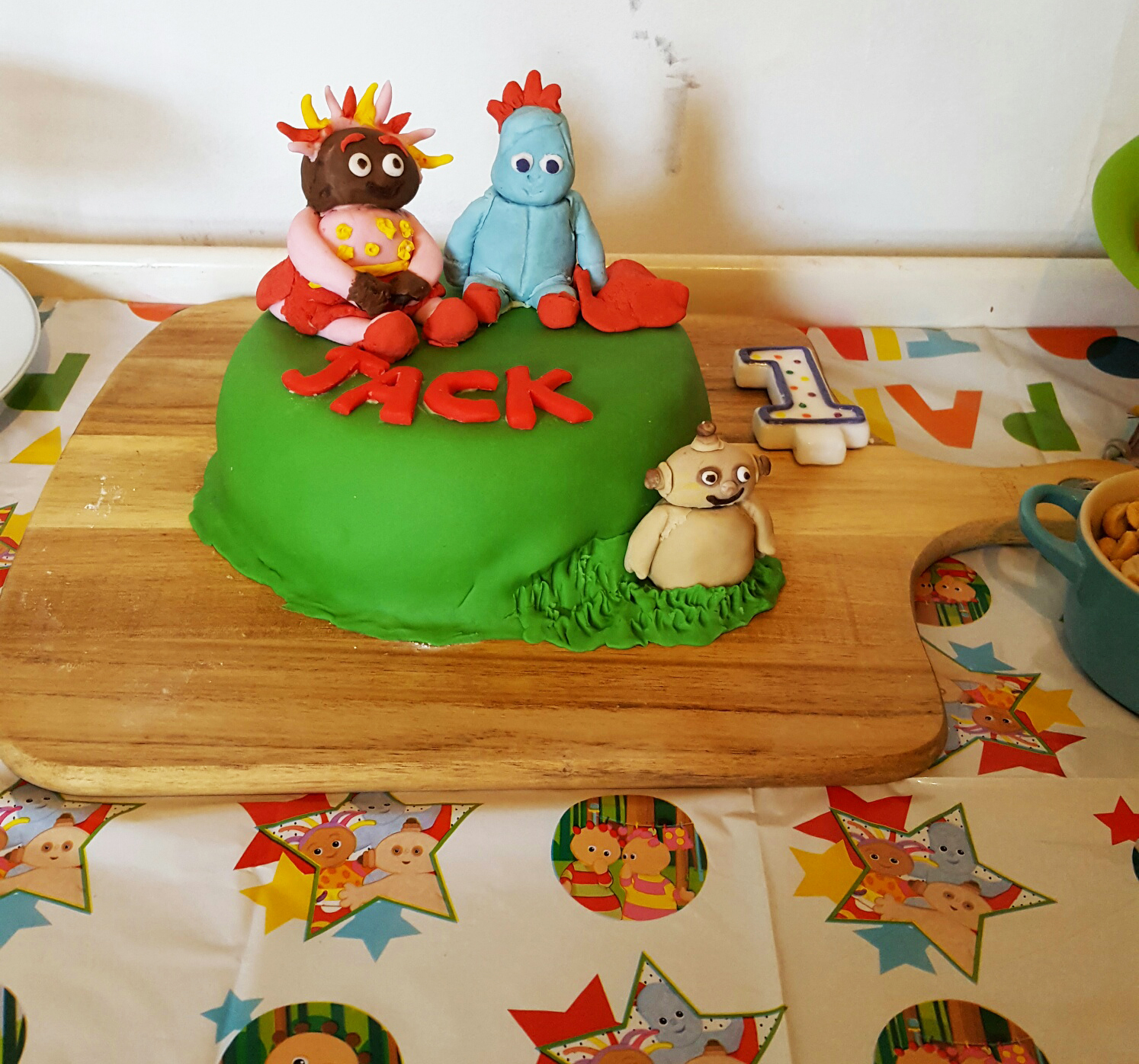 As my friends and family will attest, I do NOT bake. I have never successfully made a cake before. In fact, the last time I attempted it, it came out burnt on top and raw in the middle so I had to cut out the middle and pretend I’d purposefully created a ‘doughnut’ design.
However, I was determined to make Jack a birthday cake from scratch for his first birthday party, and as he loves In the Night Garden, particularly the peculiar blue fella that is Iggle Piggle, I decided to go with the theme.
While my cake making skills were non-existent, I figured making an edible cake wouldn’t be too tricky, but the icing figures presented more of a challenge. I started making them around three to four weeks ahead in case I needed multiple attempts. In truth, they took so long and were so fiddly that there was no way I was going to bother trying again, no matter how badly they came out.
Here’s what about two hours of modelling achieved on my first evening’s work. I kid you not… 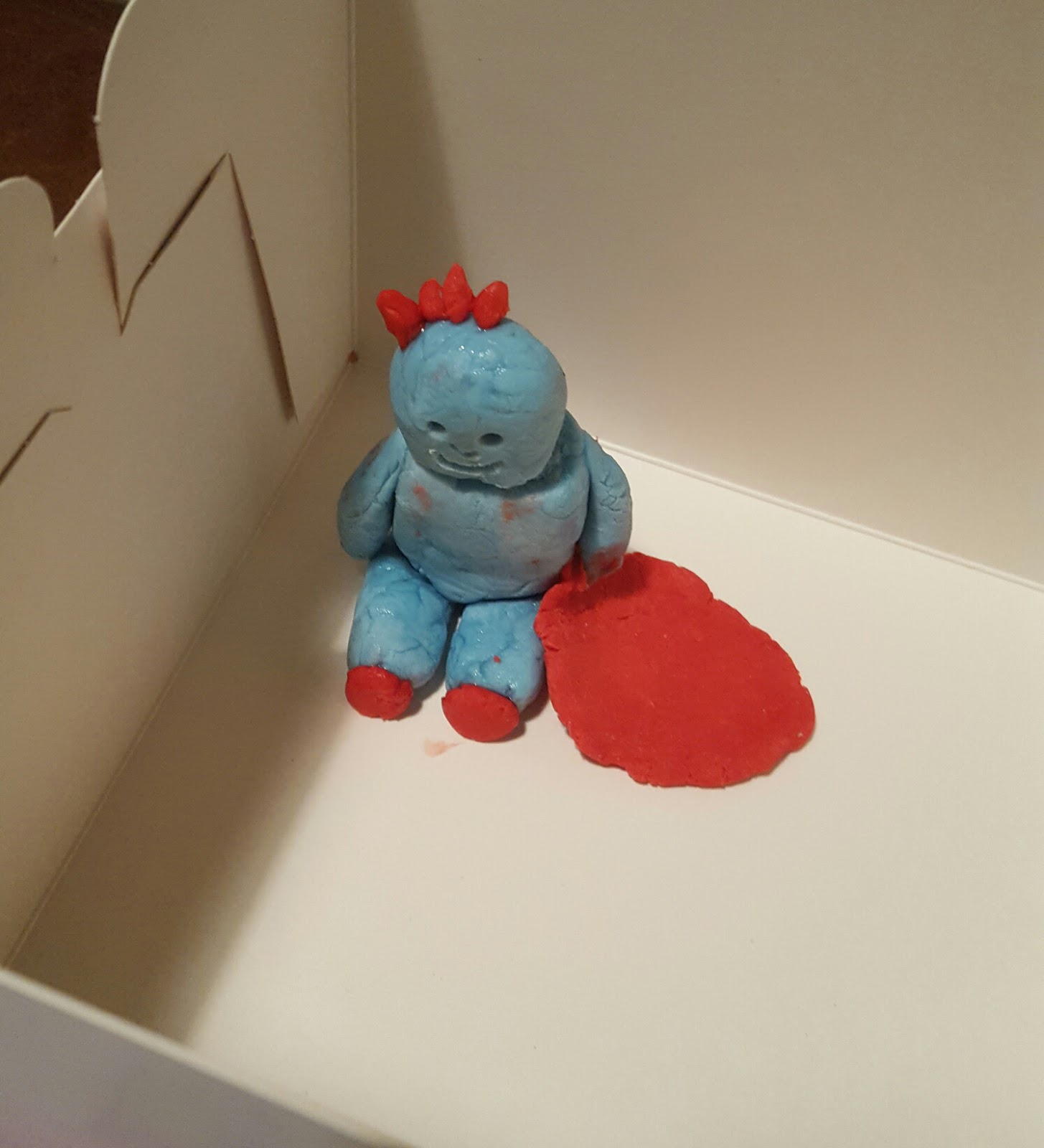 But I persevered, and after several more evenings of modelling, I had a mini Iggle Piggle, Upsy Daisy and Makka Pakka to top an as-yet-unmade cake.
If you’re thinking of trying your hand at fondant icing models, here are some tips…
In terms of the actual cake, I followed a traditional Victoria’s sponge recipe, using 3 eggs and 6 oz of caster suger, self-raising flour and butter, plus a teaspoon of baking powder. I baked for 20 minutes at 180 degrees. 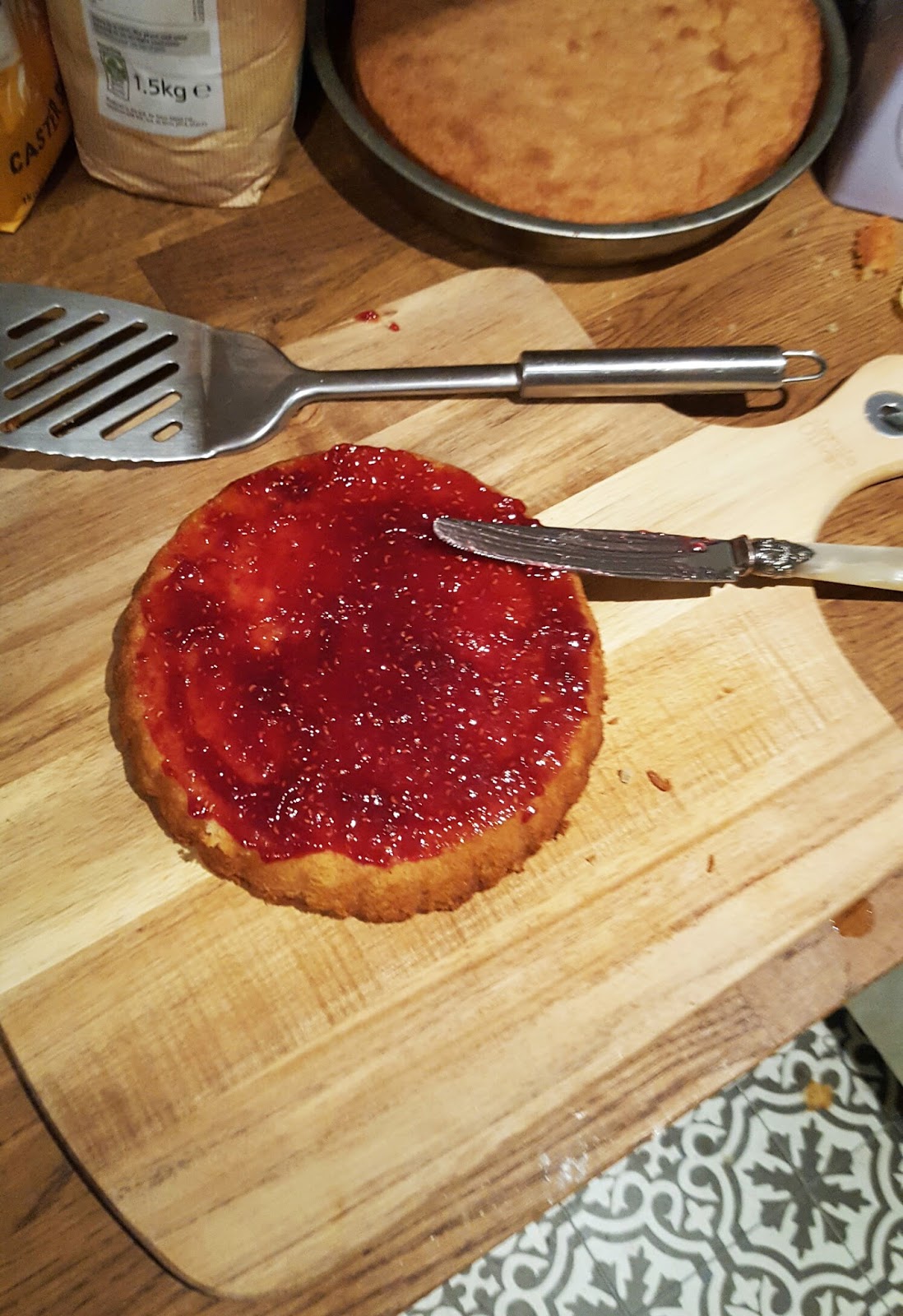 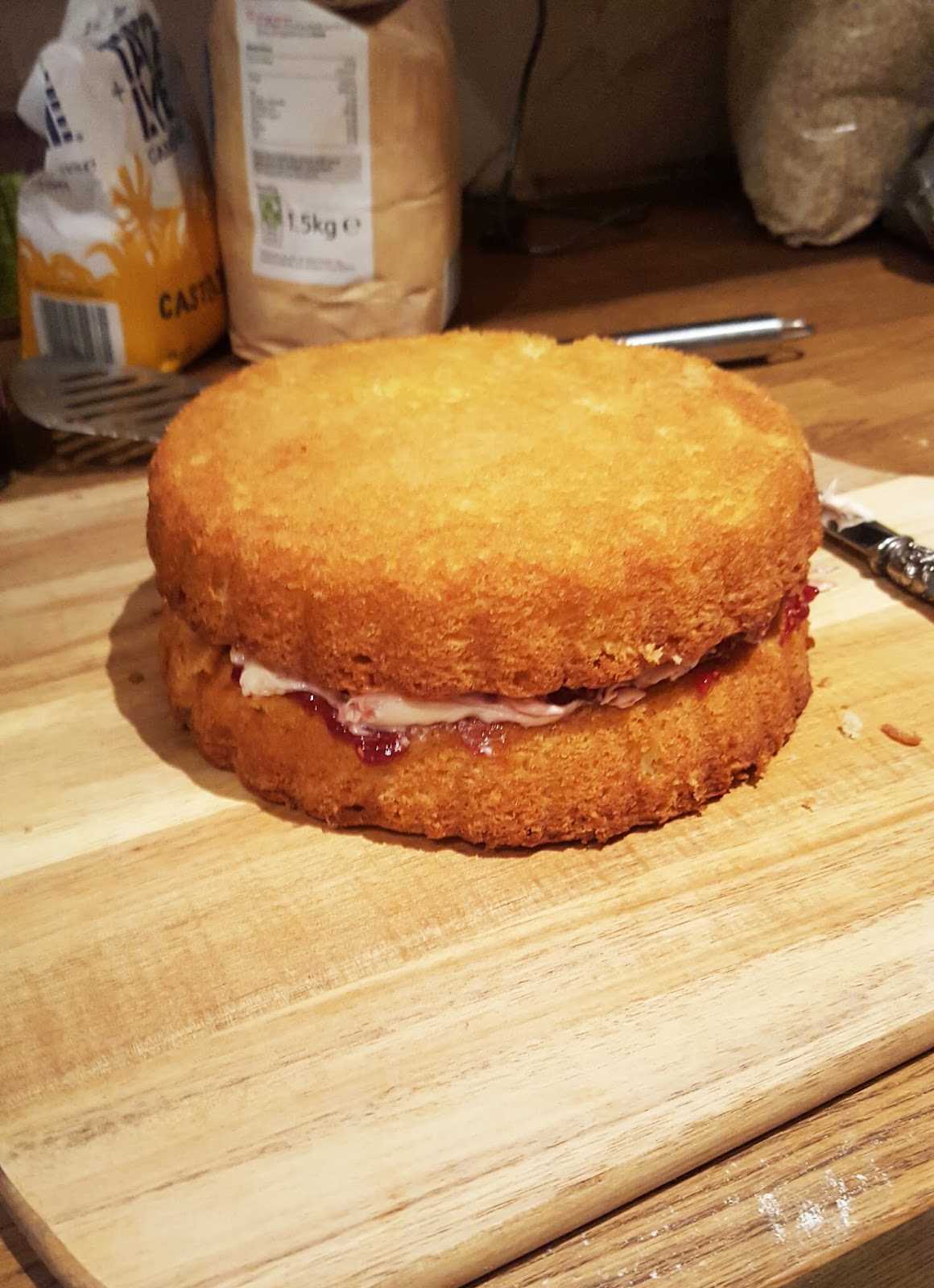 When it comes to icing the cake ready for your figures, prepare your cake by smoothing a ‘crumb layer’ of buttercream all over the cake until smooth and popping in the fridge for 30 minutes or so to set.
Your cake is now ready for the icing, so roll out your royal icing to the required size (judge roughly using a piece of string stretched over the cake), using plenty of flour to prevent sticking.
When the icing is smooth and flat, lay it gently over the cake, smoothing down to ease out any bubbles or lumps. Cut around the edge to remove any extra icing, but not too close to the cake. Now pop your figures on the cake using a little more buttercream.

Et voila, a cake fit for a prince1-year-old. 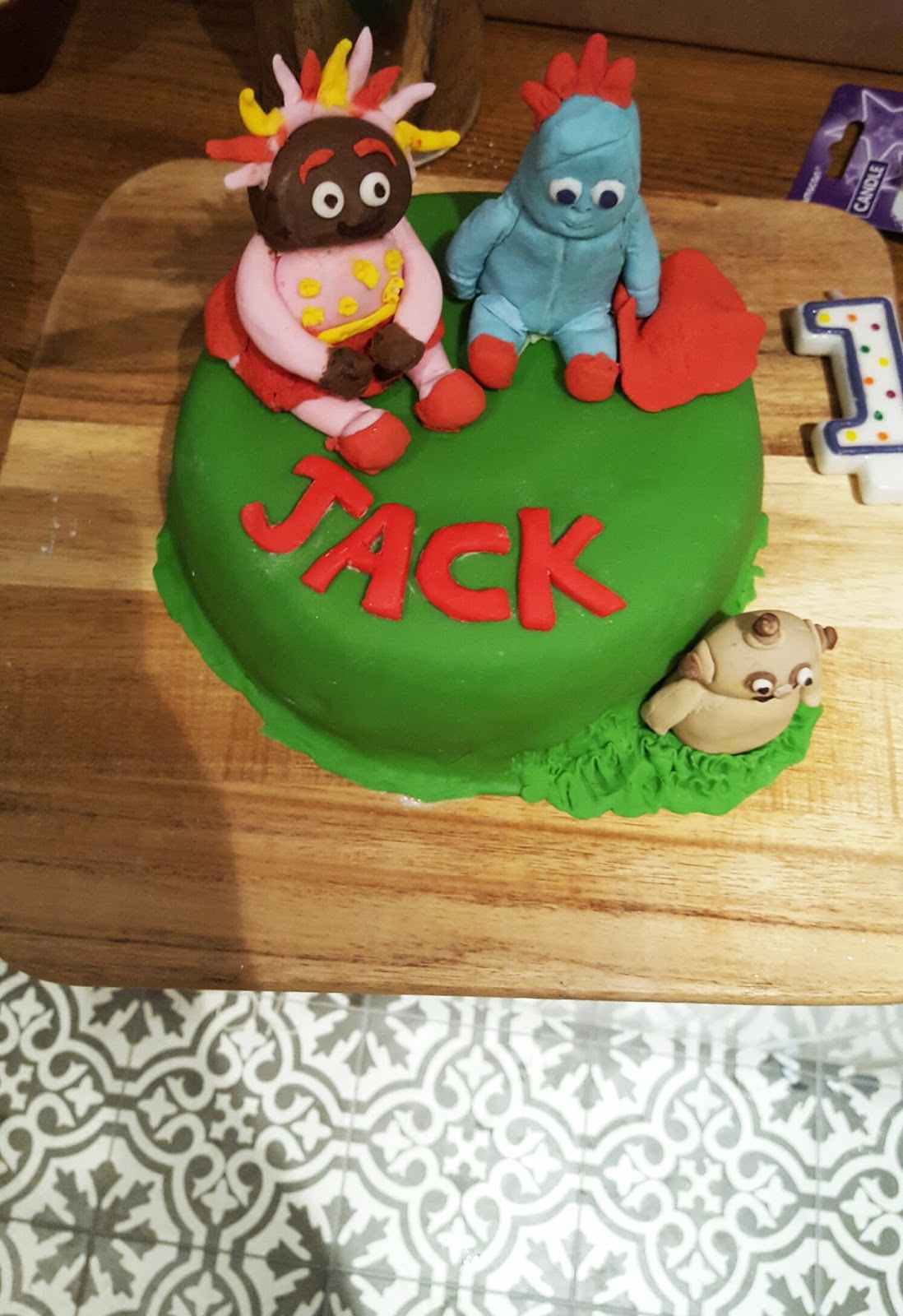 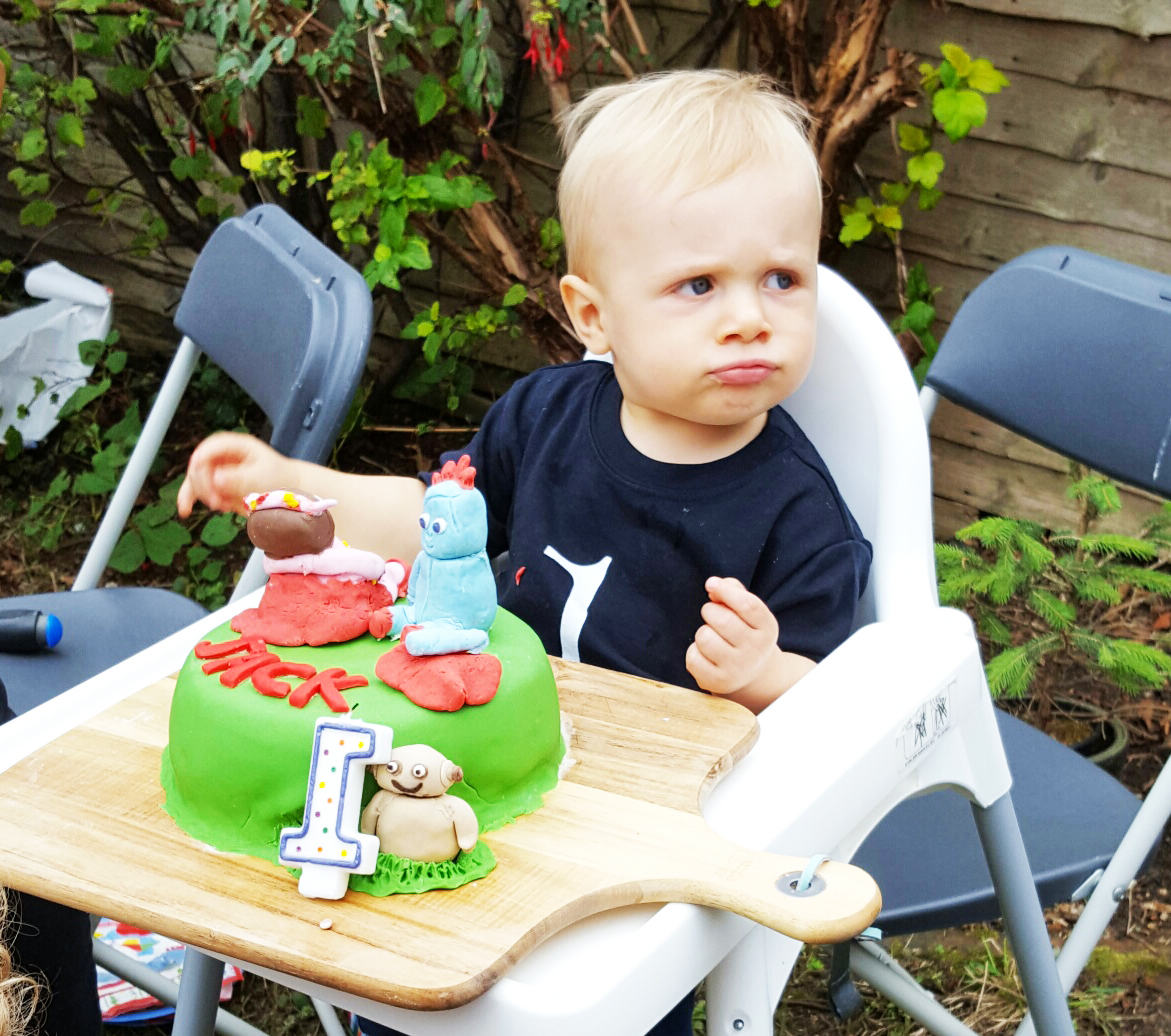 Alternative: buy your cake from Marks & Spencer and reclaim about 10 hours of your life.