LOST: One jawline. Last seen, around six weeks ago, being gradually swallowed by the rest of my face. Suspect it’s hiding somewhere between bottom of face and top of neck, but can’t be sure. If found, please return to me.

FOUND: One large ‘birthing ball’ – as recommended by my yoga and NCT instructors to ease the pain of birth, and encourage optimal foetal positioning. As yet mostly used as a rather unsightly metallic ornament in the corner of my living room, for fear of it bursting as soon as I lower my gargantuan form onto it. 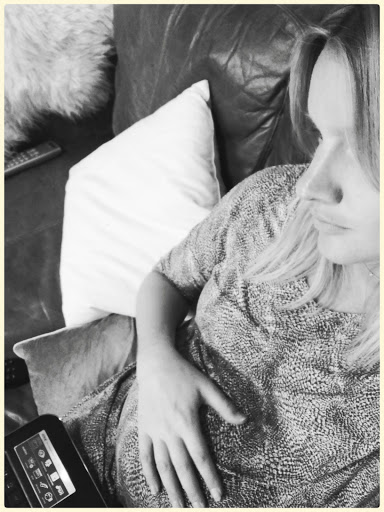 LOST: One waist. I vaguely remember being able to rest my hands on it and use it to hold up clothes. Trousers that do up with buttons – they used to be a thing, too.
FOUND: A hormonal spot rash across my neck and chest. My body has a different take on the ‘pretty hormones’ that are supposed to kick in in later pregnancy.
LOST: Roughly one pint of fluids an hour through sweat. Leaving about 10ml of water for the 4-6 x hourly wees.
FOUND: The inside of my own belly button. Something I have to say I wasn’t overly keen to ever meet.
LOST: Boris the cat, who is refusing to come in from next door’s garden. I’m taking a sausage out to coax him in. Cheerio.