I first met Cara Delevingne at a Calvin Klein party during Cannes Film Festival in 2013. Wow, that sounds like a douchey sentence. It is, however, true. I was with a couple of fellow journalists when Cara arrived at the party alone, and not spotting any of her friends, walked up to us and started chatting, taking one of my friend’s glasses of Champagne and proceeding to drink it. 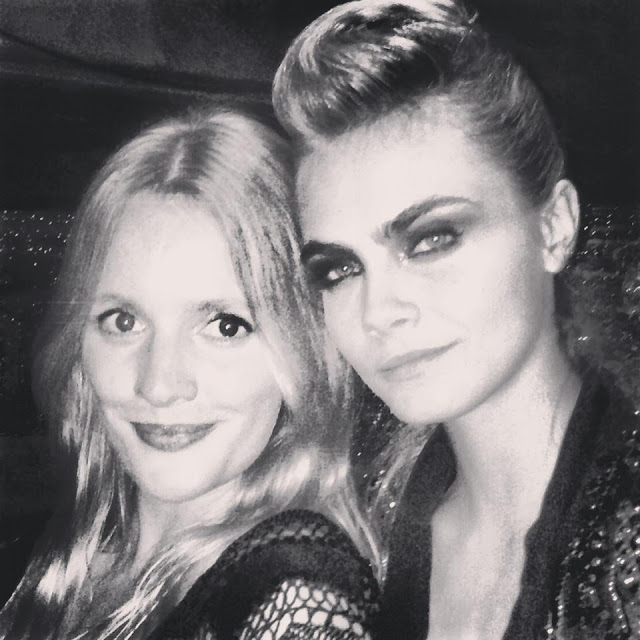 From this brief encounter, I’d say that confidence is not something Cara lacks.
Miss Delevingne took a lot of flack a couple of weeks ago about her awkward interview with Good Day Sacramento, in which Cara is somewhat sarcastic to the (somewhat rude) hosts, who asked her a series of particularly unimaginative questions which culminated in them telling her she should ‘go take a nap’. I was firmly on #TeamCara in this debate (as you’ll see from my opinion piece for Glamour, linked above), and jumped at the chance to interview the supermodel turned actress for her new movie Paper Towns.
Was she rude? No. Was she awkward? A little. When I started asking my first question she jumped in and said ‘Why are you touching your stomach?’ (I pointed out the human I’m currently growing) and she shouted ‘I knew it! Congratulations!’ before letting the interview continue. She’s also sarcastic. So am I. And so are roughly 60% of all Brits (to varying degrees of success). But the one thing Cara isn’t, is robotic and media trained. You come away from interviewing her feeling that you’ve actually had an insight into this breathtakingly beautiful 20-something-year-old Brit with the fashion and acting worlds at her fingertips. She’s clever. And funny. And, much as I would (and possibly SHE would) cringe to be described as such, genuinely kooky. And she might not make you feel like she wants to be your best mate and loved every second of your interview together. But that’s OK.
Here’s my interview. At no point did I feel the urge to offer her some Red Bull.
[youtube=https://www.youtube.com/watch?v=_d7AeNzeTEM&w=320&h=266]